● Demand for air transport will continue to grow, driven by GDP, rising middle class and desire to explore and connect

Dubai, 13 November 2021 – In the next 20 years, Airbus forecasts demand for air transport to progressively shift from fleet growth to the accelerated retirement of older, less fuelefficient aircraft, resulting in a need for some 39,000 new-build passenger and freighter aircraft, 15,250 of these for replacement.

The economic benefits of aviation extend beyond the sector, contributing around 4% to annual global GDP and sustaining some 90 million jobs worldwide. 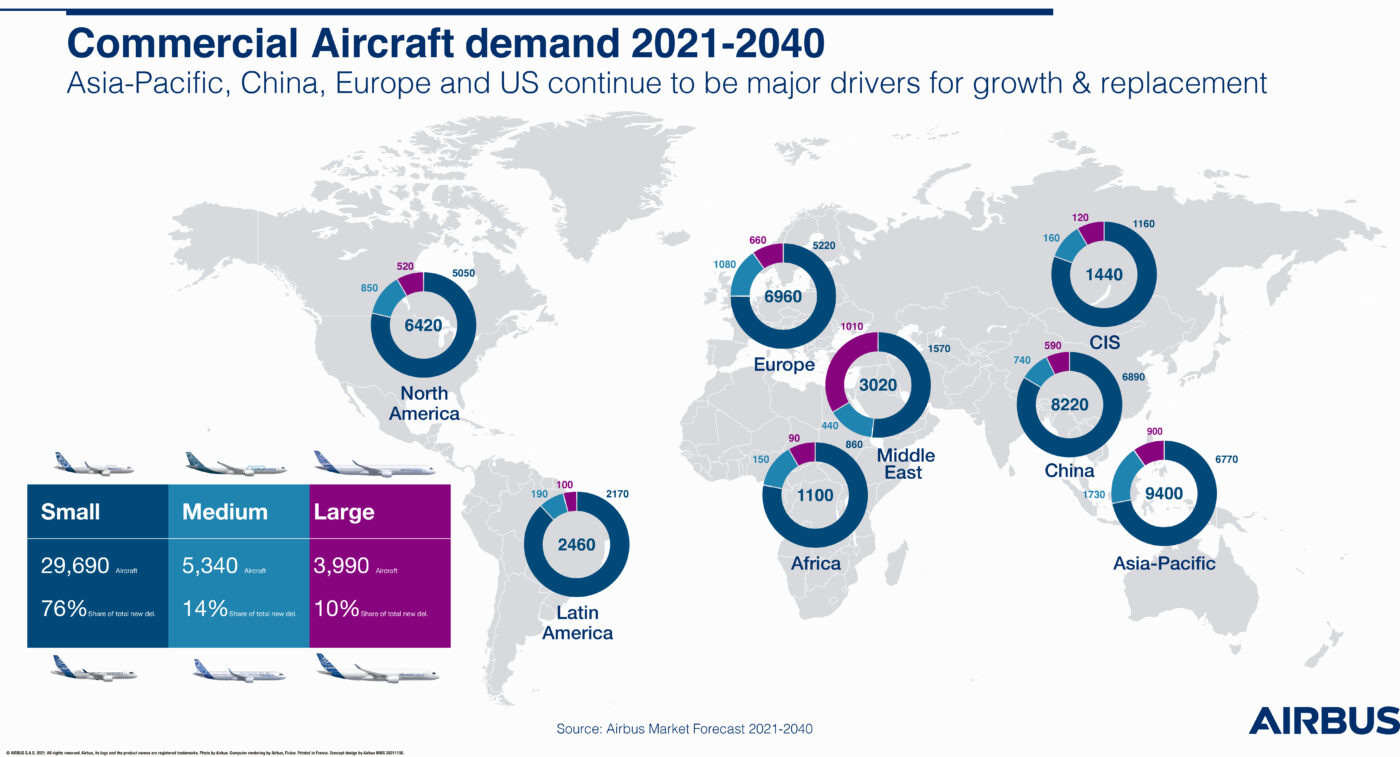 Annual growth of 3.9% per year

While having lost nearly two years of growth over the COVID period, passenger traffic has demonstrated its resilience and is set to reconnect to an annual growth of 3.9% per year, driven by expanding economies and commerce around the globe including tourism.

The middle classes, who are the likeliest to fly, will grow in number by two billion people to 63% of the world’s population. The fastest traffic growth will be in Asia with domestic China becoming the largest market. 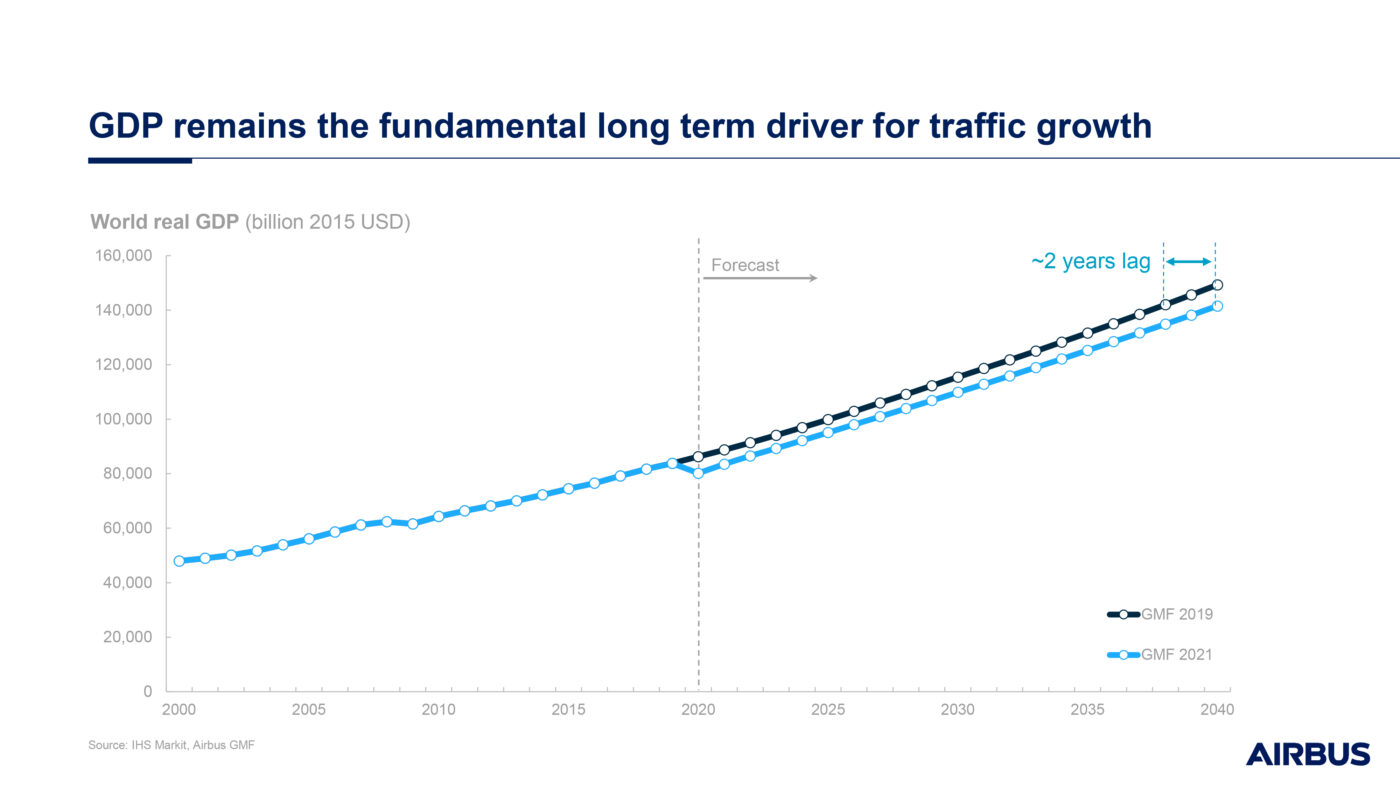 The demand for new aircraft will include around 29,700 Small aircraft like the A220 and A320 Families, as well as about 5,300 in the Medium aircraft category such as the A321XLR and the A330neo. 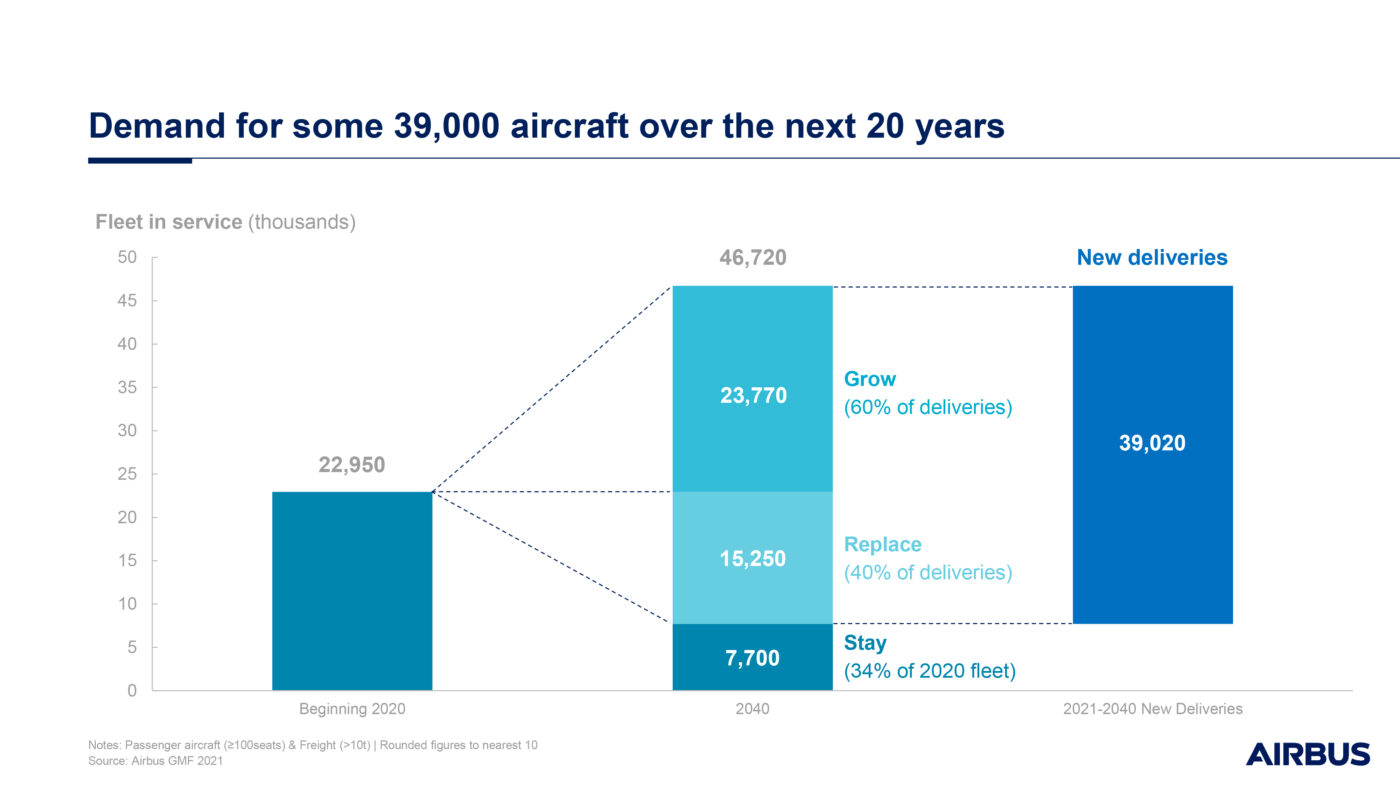 Cargo demand, boosted by e-commerce, is driven by an expected growth in express freight of 4.7% per year and a general cargo (representing about 75% of the market) growth of 2.7%. 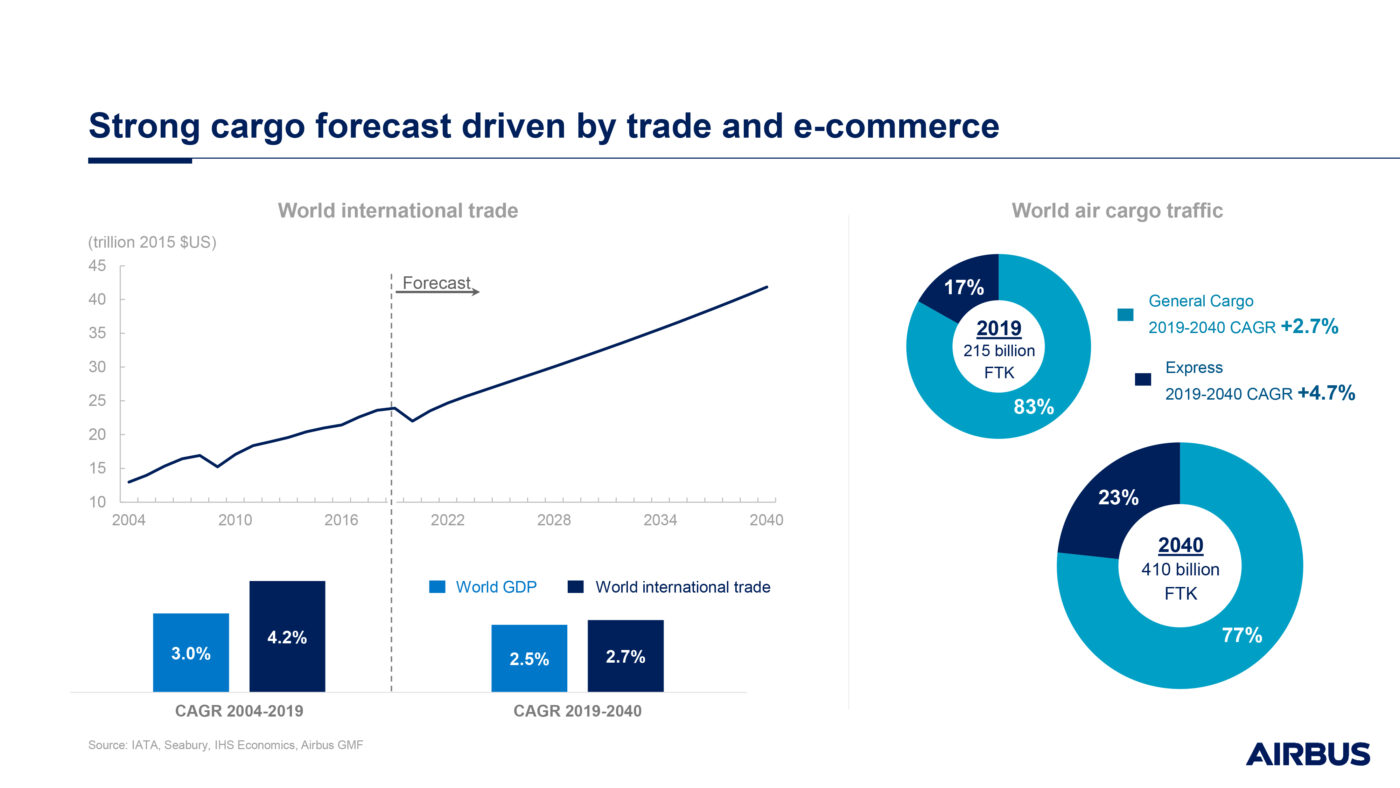 This growth is on track at Airbus’ pre-pandemic forecast levels reaching a cumulative value of around $4.8Tn in the next 20 years.

While continuing through a COVID-related downdip of some 20% over the 2020-2025 period, the services market is rebounding, triggering a need for some 550,000+ new pilots and 710,000+ highly skilled technicians over the next 20 years.

While maintenance will remain the leading services segment, flight, ground operations and sustainable services are also expected to grow significantly. 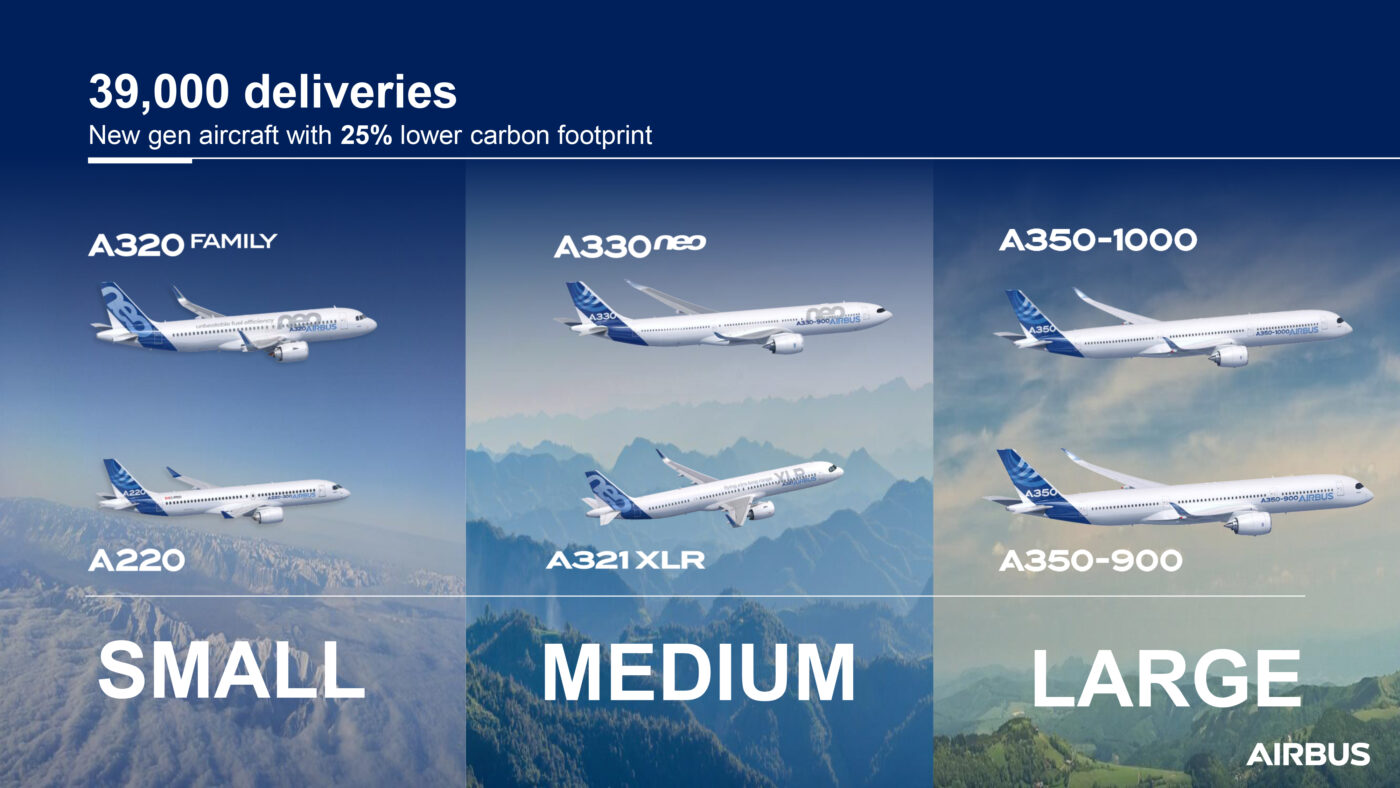 “As economies and air transport mature, we see demand increasingly driven by replacement rather than growth. Replacement being today’s most significant driver for decarbonisation. The world is expecting more sustainable flying and this will be made possible in the shortterm by the introduction of most modern airplanes,” said Christian Scherer, Chief Commercial Officer and Head of Airbus International.

“Powering these new, efficient aircraft with Sustainable Aviation Fuels (SAF) is the next big lever. We pride ourselves that all our aircraft – the A220, A320neo Family, the A330neo and the A350 – are already certified to fly with a blend of 50% SAF, set to rise to 100% by 2030 – before making ZEROe our next reality from 2035 onwards.”

The global aviation industry has already achieved huge efficiency gains, as shown by the 53% decline in aviation’s CO2 emissions per revenue passenger kilometre since 1990. 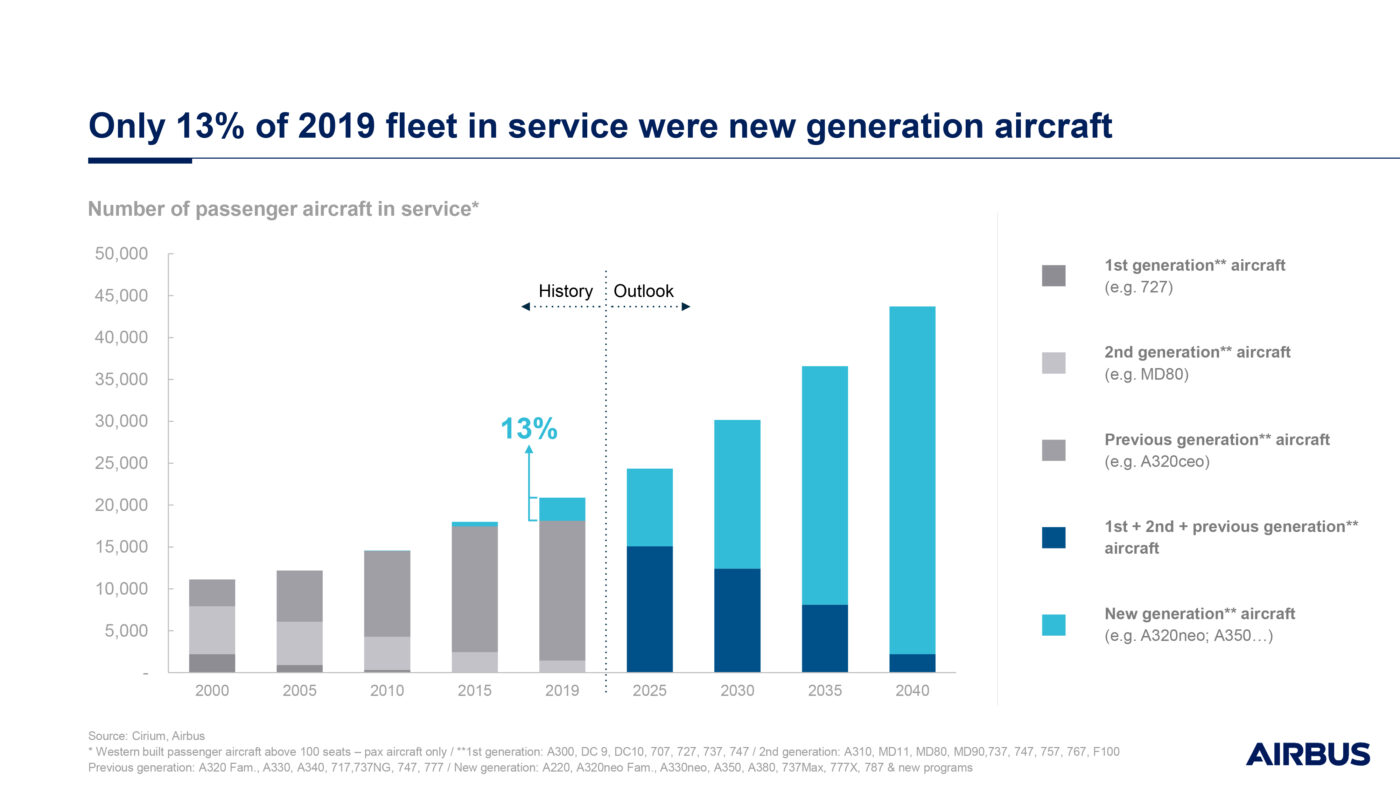 If you wan to start your training a a commercial pilot, request information at Panamedia International Flight School. Panamedia is aflight school with more than 41 years of experience training professional pilots in Palma de Mallorca and Valencia. 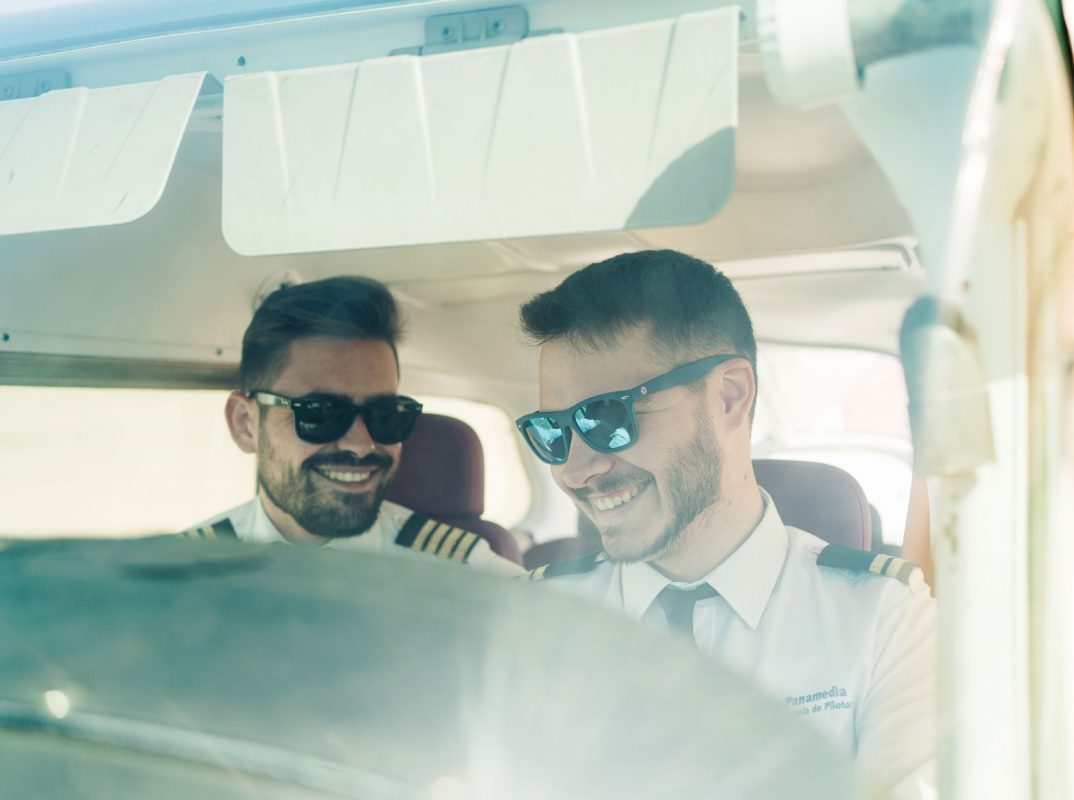