Panamedia International Flight School, a flight training center focused on training airline pilots in Mallorca, Valencia and Castellón, launches the new ATPL neo course and announces that it is giving away the flight instructor course and offering employment contracts to the best students. 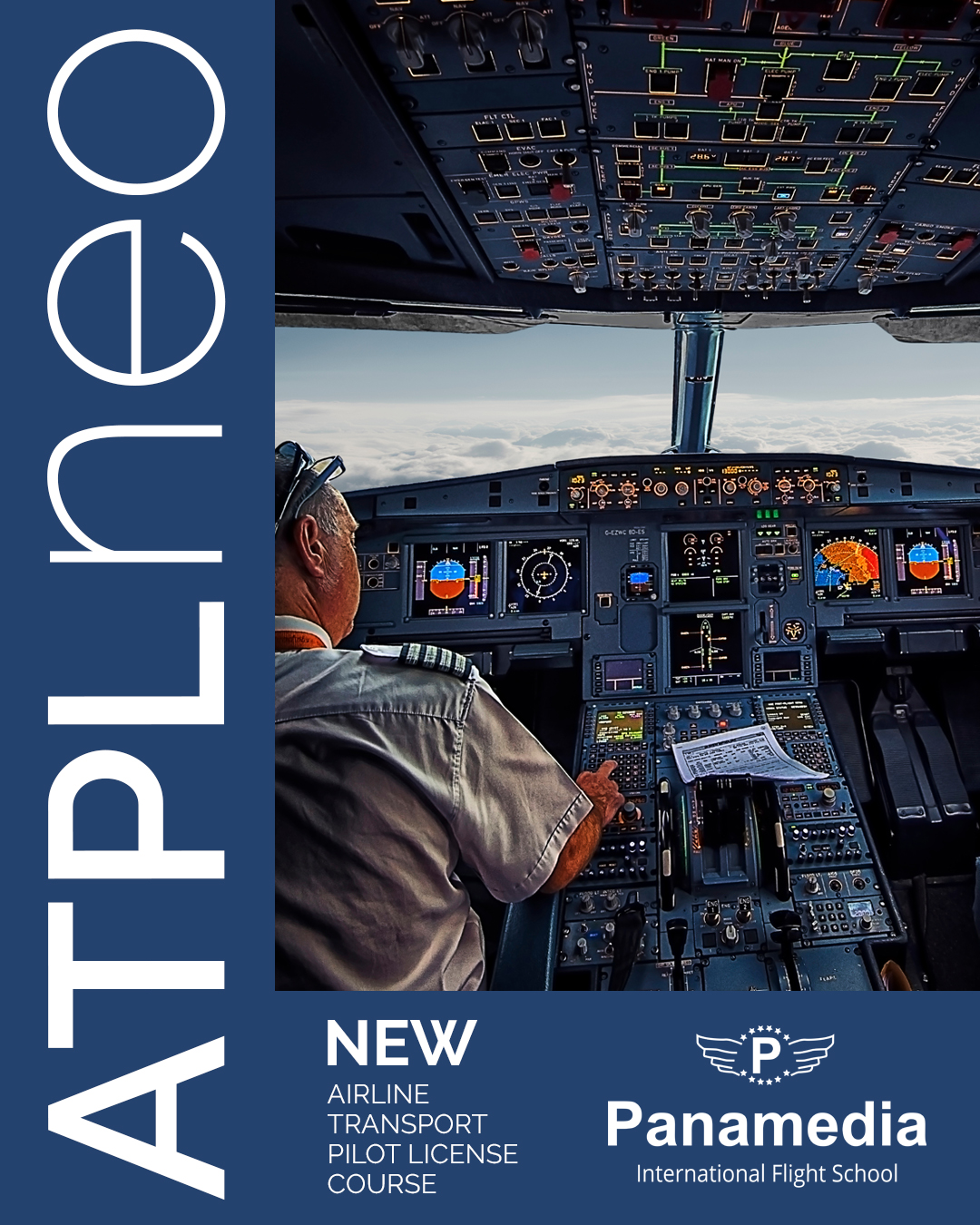 With the new ATPL neo course, Panamedia offers more flight hours to students who want to train as commercial pilots. The addition of flight hours will allow them to have a more complete training and to be more prepared for the labor market.

In addition to the advantages of flying over the Mediterranean with unbeatable weather and flying at international airports, the best students will receive the FI (Flight Instructor) course completely free of charge and will end up with an employment contract as flight instructors at Panamedia.

On the occasion of its 42nd anniversary, the Parejo brothers, founders of Panamedia, have decided to baptize the new Airbus A320 neo simulator with the name NEO. Its features and performance are an exact replica of those of the real aircraft, but its greatest distinction over all other simulators is its powerful equipment created specifically by some of the best computer scientists and aeronautical engineers in the world. They have managed to make the simulator an exact replica of the Airbus A320 neo airliner with which to prepare Panamedia students to become professional pilots in an unparalleled way. In this way, the future pilots are placed at the controls of what today is not only the best passenger aircraft, but also the most used around the world by airlines.

From its bases in Mallorca, Valencia and Castellón, the school trains professional pilots that enable them to work for airlines in any continent. For this purpose, the school has a team of more than 60 professionals, with a fleet of 15 owned aircraft and the best simulators.
If you want more information about the ATPL neo course and wish to start your training as a commercial pilot you can contact Panamedia International Flight School.